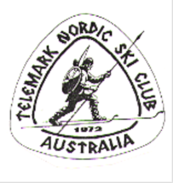 Founded in 1972 by Bob and Norma Cranage , Telemark Nordic Ski Club(TNSC) was based in Corryong Victoria and had club members from all over Australia. During the 1970's TNSC quickly grew to become the largest Nordic Ski club in Australia. TNSC also received the ski club of the year award in 1994.

Back in Australia TNSC organised and ran junior training camps at Mt Buffalo, the Buffalo Tour, Rock Valley Rush and Sun Valley Ramble ski races, established and continues to run the 'Mini Series' of ski races, sponsored by Snow Trek and Travel, that focus on getting kids involved in cross county skiing.